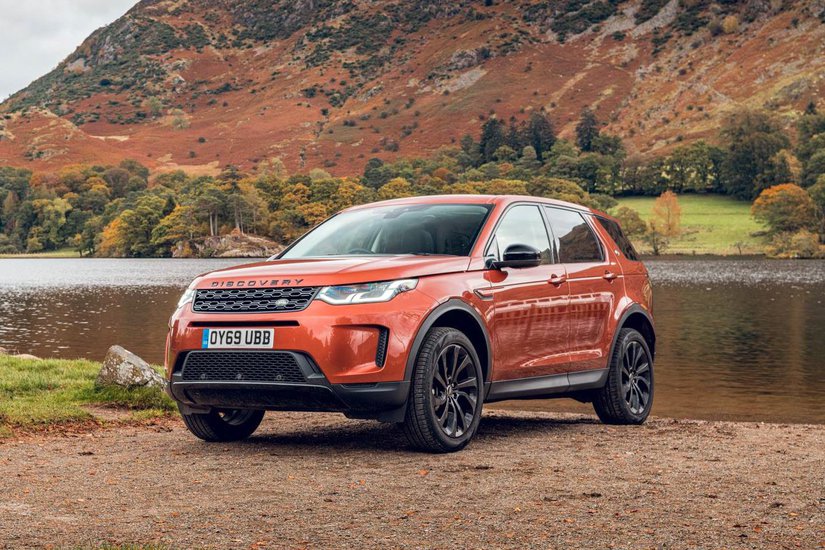 Five years into its life, the Land Rover Discovery Sport has received a mid-life facelift - but so much has changed that you could argue that it’s an all-new model.

There’s little to indicate how deep these changes run from the outside. The mid-life facelift includes new lights, a revision to the bumpers, with the proportions staying close to the original. The facelift is so subtle you’ll need to park next to old to see the changes. 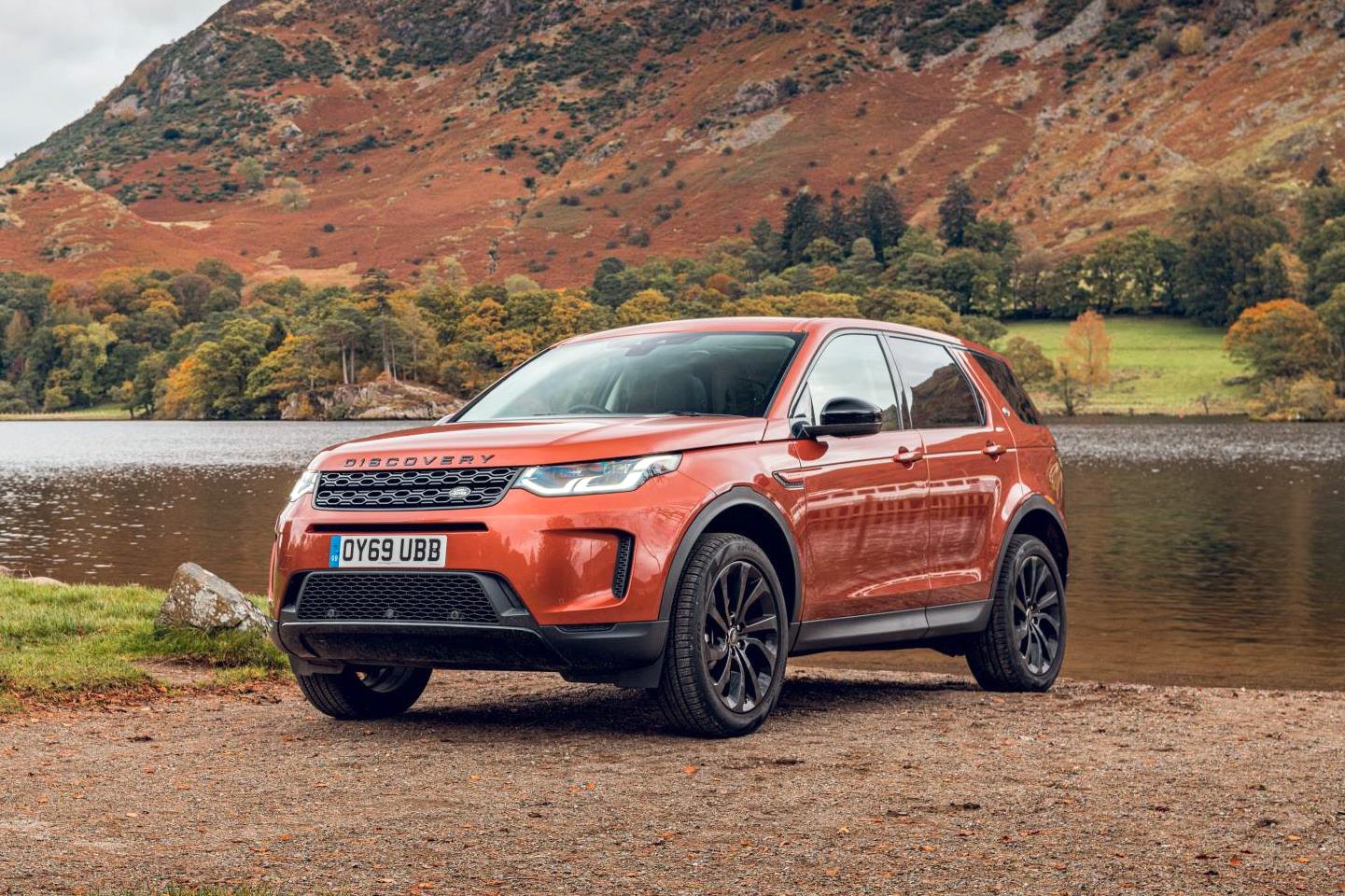 Inside, the revised dashboard loses some of the chunky switchgear buttons and controls of the previous model. In their place are modern, touch-operated controls, which are thoughtfully arranged with most in easy reach giving the dash a clean and organised look.

The steering wheel design has been simplified somewhat with a new design layout and the rotary gear selector found in the previous car has been replaced with a traditional ‘joystick’ style gear selector. A 12.3-inch digital instrument cluster adds a modern look to the dashboard as well and is complemented by a centrally mounted 10.25-inch touchscreen infotainment screen.

With seven seats as standard across a majority of the model range – even if the third row is only really suitable for kids – the Land Rover Discovery Sport has the jump on the old Freelander, as well as many of its current rivals. All of the furniture is comfortable and provides good support, with up to a metre of legroom available in the second row, which can be slid back and forth to prioritise passenger or boot space as necessary.

This helps with space in the third row, with the second row sliding forward to give more space to the rearmost passengers. But even with this adjustment, the back row is really only suitable for adults on shorter journeys. Land Rover has also fitted USB and 12-volt charge points in every row of seating, as well as heating and ventilation controls front and rear. The rear doors open to almost 90 degrees, so climbing in is easy, while the second row of seats folds to allow access to the third row.

There are plenty of useful storage spaces in reach of passengers, along with numerous cup-holders and USB ports for all three rows. The door pockets are deep, there's a large tray in front of the front-seat passenger and a storage box with a lid between the front seats. The boot measures 754 litres with the third row of seats folded, but with all seven seats in place this shrinks to 157 litres.

Enough room for a couple of overnight bags at a push but folding all the rear seats flat you’re greet with 1,794 litres of space and a flat floor for longer items.

The boot is well thought-out, with few intrusions to get in the way of bulky cargo. While there’s no underfloor storage, you can box-tick an optional system of adjustable rails to hold luggage in place, while a number of handy hooks, a 12v power sockets and USB chargers are fitted to all models. A load net is standard across the range. The Discovery Sport is split into to trim lines – Standard and the sportier looking R-Dynamic. Each of those is available in four trim grades of Standard, S, SE and HSE.

The basic models are exactly that but step up to the SE gets you upgraded LED headlights, a power-operated boot lid and front fog lamps. You also get the same 10.25-inch Touch Pro infotainment system and navigation as the standard model, with Android Auto and Apple CarPlay. Building on the SE spec, the HSE includes keyless entry, Windsor leather trim with 14-way power adjustable seats and Land Rovers clever ‘ClearSight’ rearview mirror system. When the rear of the vehicle is loaded with luggage or passengers blocking the mirror’s view, it can switch to a live camera feed from the rear of the vehicle.

Apart from the most basic D150 diesel engine (which also doesn’t extend to a third row of seats), the entire engine range gets a mild-hybrid setup, which assists the engine at lower speeds. 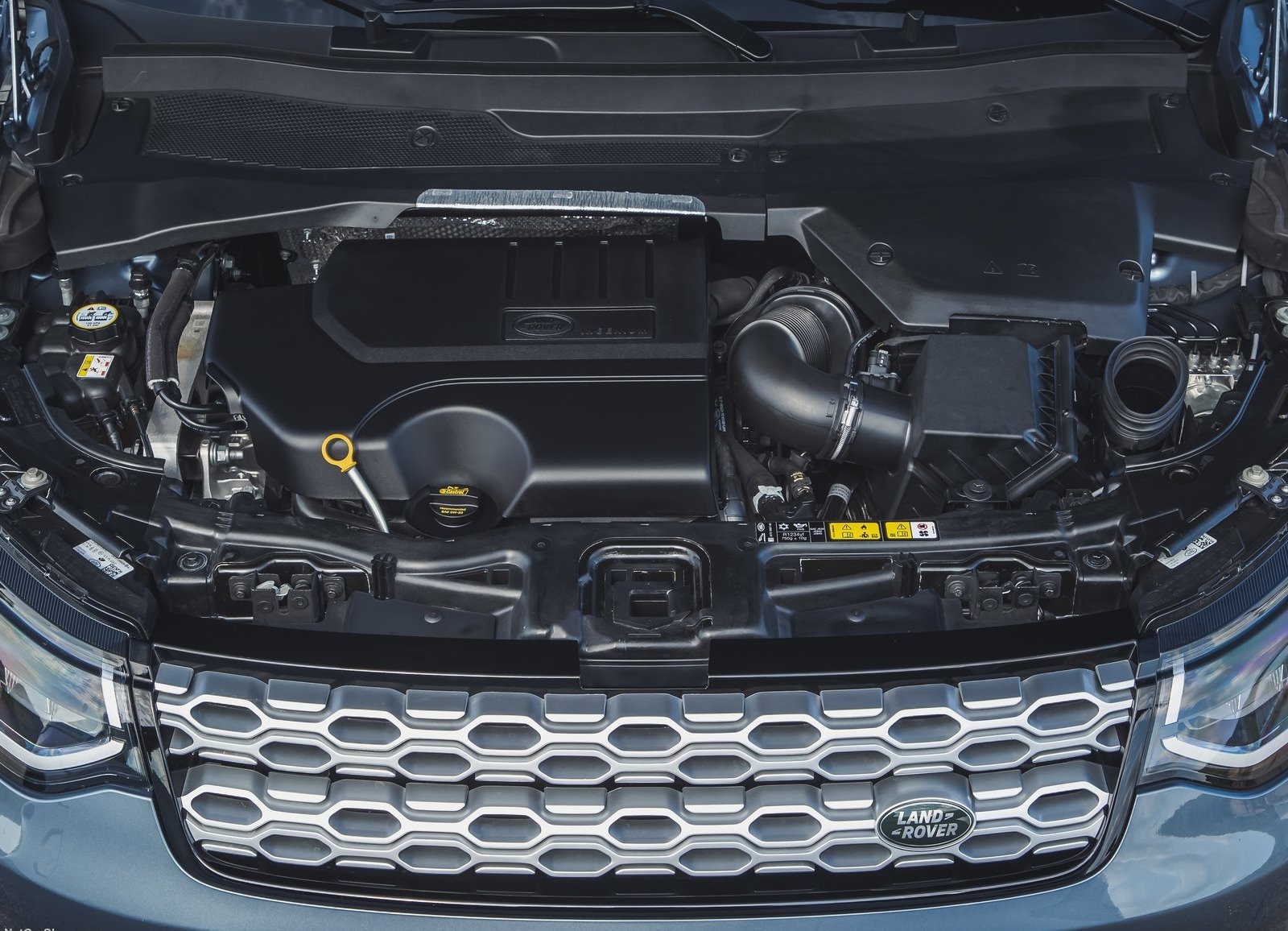 Just one diesel engine is available in the Discovery Sport: a 2.0-litre Ingenium unit which, along with offering better fuel economy and lower emissions, is also smoother and quieter than the chatty 2.2-litre that powered the Sport's predecessor, the Freelander. Improved engine mounts and a stiffer chassis have also made the updated 2019 Discovery Sport noticeably more refined.

Available in three states of tune (150hp, 180hp and 240hp), the 180hp as tested was a little sluggish, despite the decent performance numbers. Push down the accelerator to get things moving and you’ll find a lot of power arriving all too quickly and can catch you unawares. With a standard nine-speed automatic gearbox, the 180hp version as tested registers a 0-60mph time of 9.4-seconds, while the 240hp model takes 7.4 seconds. On and off the road

There is a good compromise between on road agility and off-road capability with the Discovery Sport. On road it’s composed, borrowing a lot from the Range Rover Evoque, with a completely revised rear suspension which helps with interior space. The Discovery Sport includes a wide range of equipment for off-road driving.

While not exactly living up to its Sport name, it boasts improved handling as well. The steering is car-like and impressive for an SUV and reacts quickly, making it good fun to drive on a twisty back road. There isn’t much feedback through the steering wheel, which can make it harder to ascertain what’s going on at the front end. Still, there’s plenty of grip thanks to the four-wheel-drive system and that raised driving position means the Sport is easy and relaxing to drive.

Somewhat naturally given its heritage, the four-wheel drive all-terrain capability is the Discovery Sport's selling point. Even if you don't plan to take the car off the road, it’s good to know the Terrain Response system will always optimise grip. You can choose to tweak the setup to tackle a variety of surfaces, such as mud, sand, snow and rocks. When the terrain gets more rugged, though, the Discovery Sport takes it all in its stride. With a wading depth of 600mm of water, and small overhangs on the front and rear bumpers, allowing the Discovery Sport to navigate through more challenging environments compared to some of its segment competitors..

The original Discovery Sport scored a full five-star rating in Euro NCAP crash-testing in 2014 and did significantly better than the Evoque in the adult, child and pedestrian protection categories at that time. This new 2019 Disco Sport has yet to be tested by Euro NCAP, but I see little reason why it shouldn’t again be awarded the full five stars. Standard safety kit includes automatic emergency braking, nine airbags and various electronic stability systems to improve grip. There’s also a pedestrian airbag mounted at the base of the windscreen and two ISOFIX child seat mounts in the second row –plus a third on the front passenger seat.

Land Rover's Terrain Response system is fitted to all models. This allows you to select the type of surface you’re driving on, including snow, sand and rocks and adjusts the car to cope accordingly. There’s also hill-descent control, which controls the brakes to stop the Sport running away from you down a steep slope. Another cool trick is Land Rover’s Advanced Tow Assist, which when reversing, essentially does the counter-steering for you, by transforming one of the rotary dials in the car into the steering knob.

Overall, the Sport in its name refers to exterior aesthetics for an active, outdoorsy lifestyle rather than how it drives. However, as a comfortable, versatile and attractive family SUV with more off-road capability than most will ever require, there is much in the new Disco Sport to warrant its recommendation. The UK’s Most Popular Cars.

With the turn of the new decade, here at Leasing Options, we thought w...