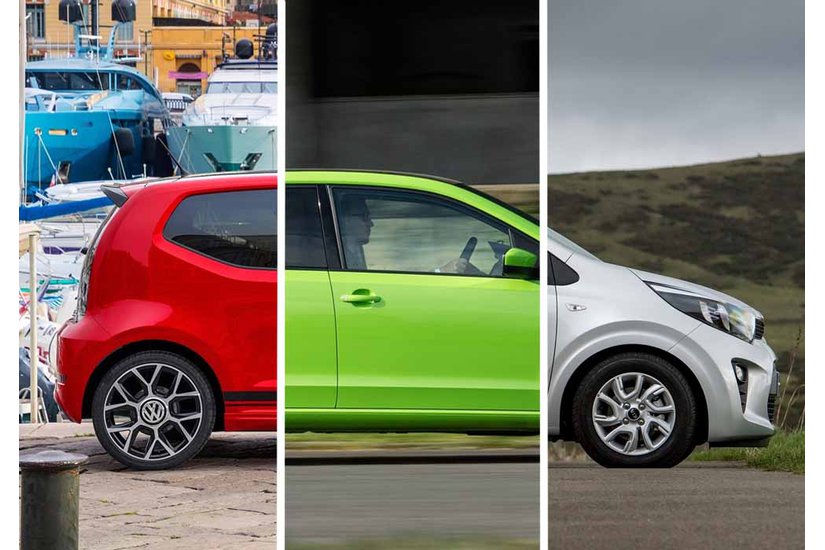 Don’t you know that often the best things can come in small packages? That certainly holds true when it comes to cars, these days there are some fantastic little pocket rockets ready to take the stress out of city driving. Easy to park, cheap on fuel and great value for money, there are loads of reasons to choose a little motor. This month we'll be focusing on city cars so to kick things off we’ve picked out the best lease deals, all available right now. 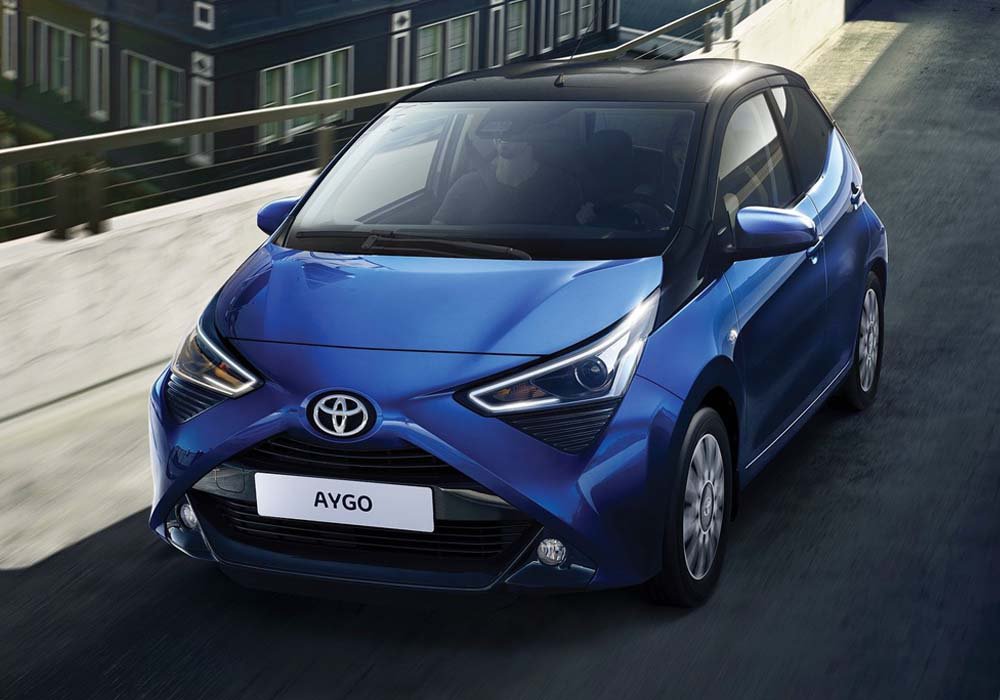 Toyota love a quirky design and there are few city cars that boast as much character as the Aygo. With its criss-cross front end this little motor literally has the X-factor, and tons of personalisation options also make sure you can put your own stamp on your Aygo too. The fun doesn’t stop there either, this is one of the better small cars out there to drive, plus if you choose the x-play model you’ll get a 7 inch touchscreen and Bluetooth connectivity for your smartphone. There’s more good news as well, Toyota Aygo leasing is one of the best value options we offer and the car is great value at the pump too. 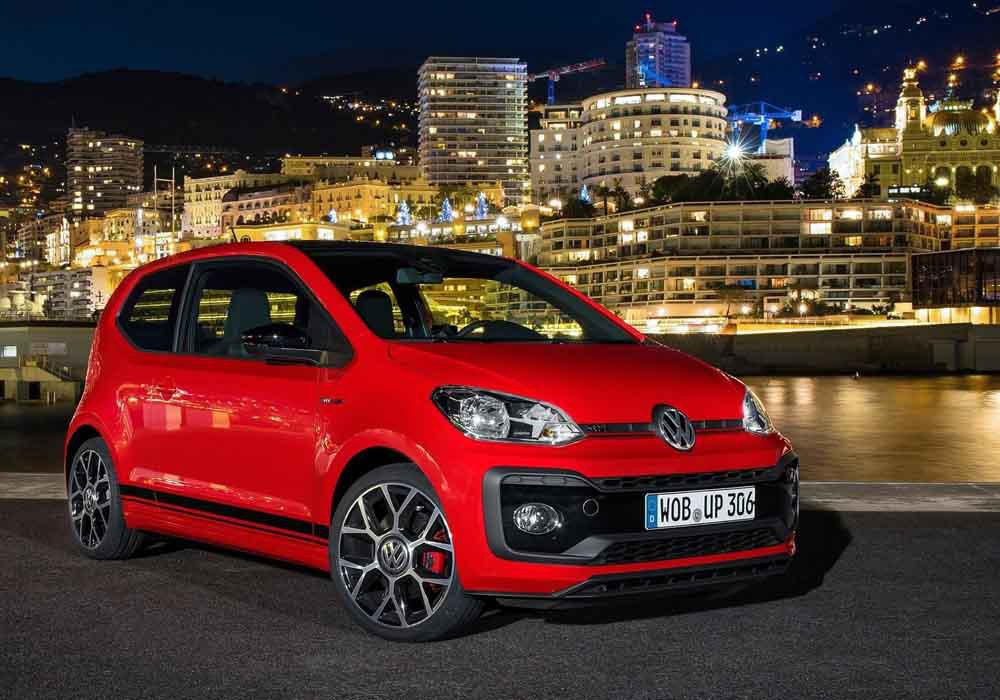 Recognise something about the VW Up GTI? Volkswagen think it’s got a fair amount in common with the first model to the get the GTI treatment, the legendary Mk 1 Golf. It’s not so much the boxy looks that VW are drawing parallels between though, but its power, size and, frankly, the amount of fun you can have behind the wheel. You won’t hear us arguing either, the VW Up GTI is pretty much peerless in the hot city car stakes. Quality continues with the interior too, which packs the same iconic Clark Plaid as all GTI cars, plus plenty of standard kit too. This is hands down the most fun car on this list, what are you waiting for? 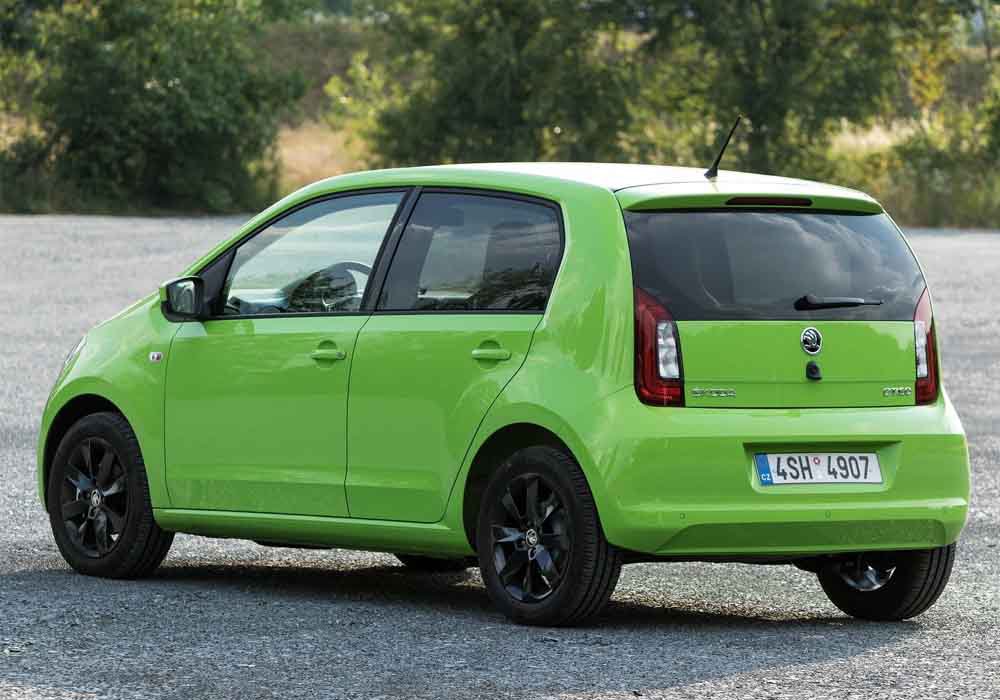 Skoda’s first city car is based on the Volkswagen Up blueprint (see also the Seat Mii) but that’s no bad thing of course, VW have certainly built one of the sector’s most competent vehicles. The Citigo, however, holds an advantage when it comes to features, with slightly more bells and whistles thrown in as standard on each spec. As with its stable cousins, you can choose between three and five doors as well as the option of either a manual or auto box. Handling is precise, and would put some larger hatchbacks to shame, whilst the ride is surprisingly comfortable too, even on the motorway. 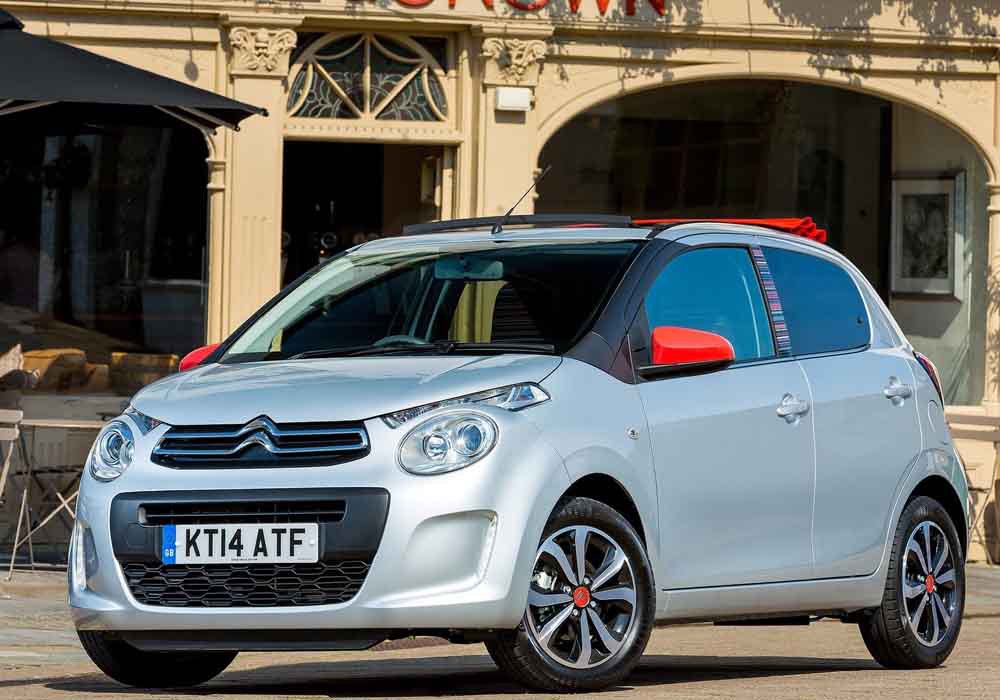 The C1 joins another set of city car siblings with the Peugeot 108 and aforementioned Aygo, and we reckon it’s the cutest of the bunch with its bubbly, futuristic front end. This Citroen, like its French counterpart the 108, is available with a retractable rag top roof perfect for summer city cruising. Up front the C1 excels, with plenty of space for driver and passenger, plus comfortable ergonomically designed controls. If you’re planning on filling the back seats often though you could be best looking elsewhere, things get a bit pokey when four are in tow. All in all though this a seriously competent car, click below to check out our latest Citreon C1 lease prices. Hyundai have had a bit of a renaissance in recent years, producing some highly recommendable cars and the second generation i10 is yet another. Subtle understated styling is the first thing you’ll notice about a motor that makes the most of its frame to provide one of the roomiest rides around. The i10 is only available in five door format, and the good news for back seat passengers continues too with more space on the second row than in any other car on the list. There’s plenty of capacity in the boot and up front too, plus if you choose the Premium SE edition you can enjoy tapping away on a class leading 7 inch touchscreen. 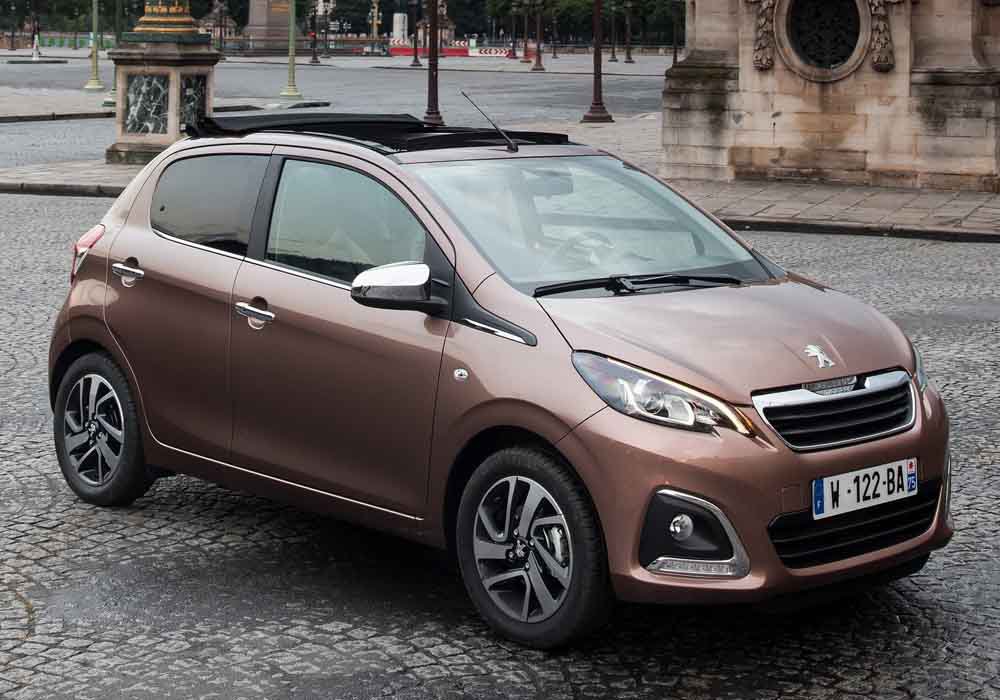 There’s plenty to recommend this Peugeot, sharing many parts with the C1 and Aygo means the 108 is off to a solid start. The trio’s second generation has seen improvements across the board, in Peugeot’s case this means a much bigger boot -an extra 57 litres to make 196- and much improved technology, choose the Allure model for a 7 inch touchscreen and reversing camera. There’s also the option to drive a cabrio model of sorts, although as with the Citroen this is more large sunroof than proper convertible. Add to all this above average fuel economy for a city car and you’re left with a pretty compelling proposition for the price point. 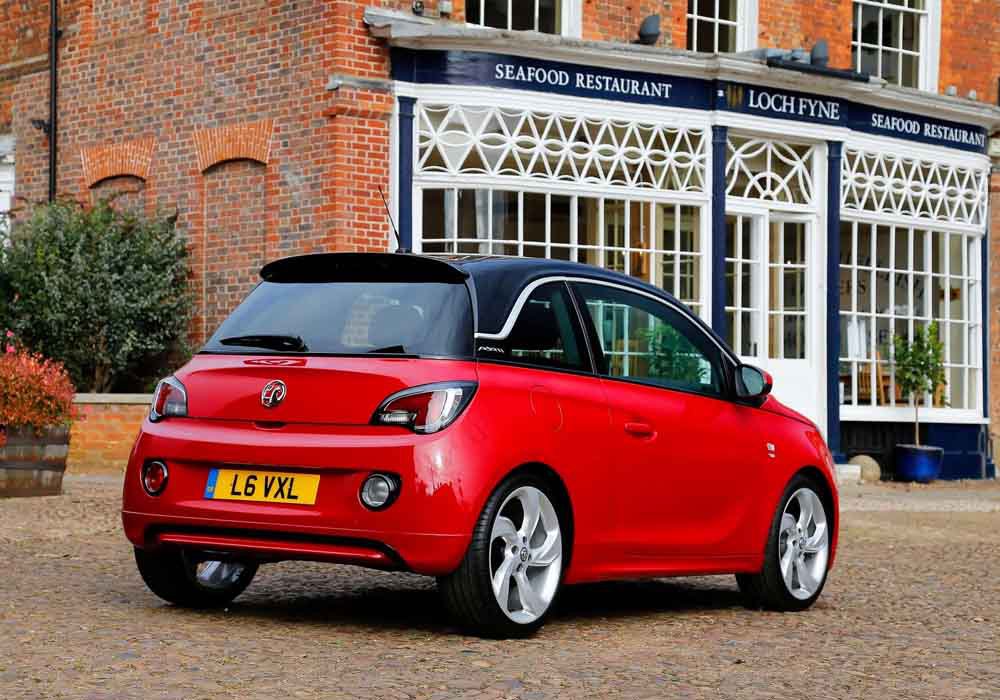 Although late onto the city car scene, the Vauxhall Adam certainly made an impact with its modern and striking looks. There are contrasting roofs and tons of personalisation options on offer, meaning you can really make the car yours. This is also one of the most spacious cars in the class, front seats in particular offer a loads of leg and head room. Choose the bargain price Energised pack for a seriously generous amount of standard kit, like an infotainment system with smartphone connectivity, 17 inch alloys and cruise control. This smart little city car is undoubtedly one of our best value vehicles in any sector. 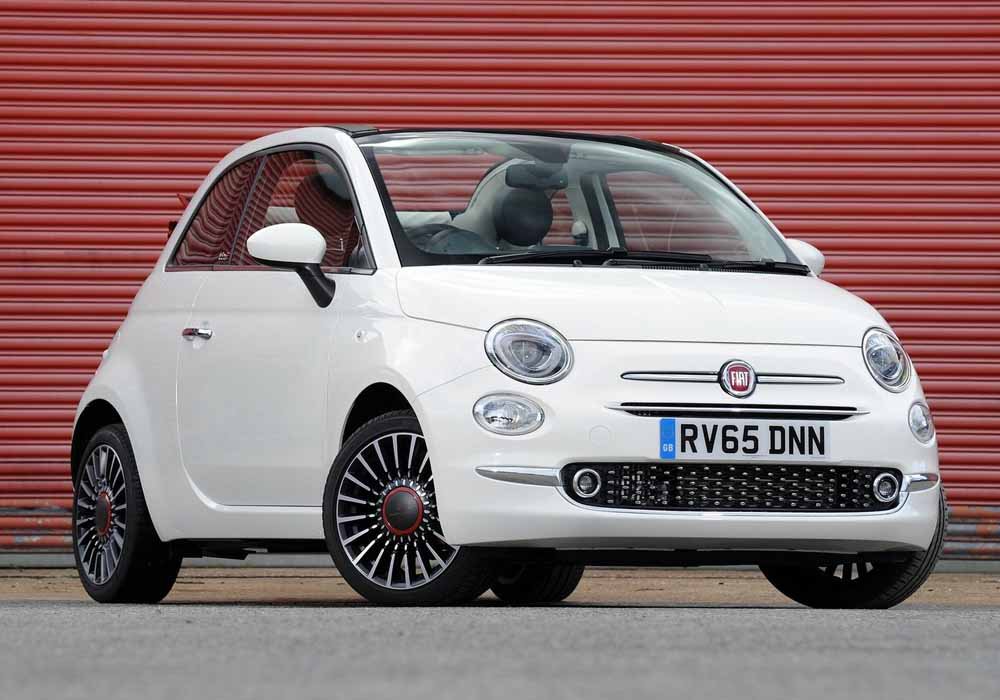 The Fiat 500 boasts inimitable, iconic Italian styling that’s undeniably helped revive interest in the whole city car sector since its relaunch in 2007. Half a century earlier the original was born, packing the perfect proportions to make city driving a cinch. Thankfully in that regard not too much has changed. Inside though, the car feels every bit a modern machine, well-built and with all the latest connectivity and safety technology available. Materials all feel premium too, befitting of the fashionista’s choice of vehicle, plus there are bold colour options and retro buttons and dials to set things off. Is this the coolest little car on the road? Smart’s cars are based on the same platform as the Renault Twingo but built by Mercedes-Benz parent company Daimler, which brings with it more competent kit and improved refinement. The unconventional design won’t be for everyone, but it can’t be denied that the Smart ForFour is perfect for city driving. With dinky proportions a tiny turning circle of just 8.65m it’s highly manoeuvrable and a rear engine maximises on space too, offering the front seats extra leg room. Even the entry level model benefits from Bluetooth connectivity and there’s a free app for your smartphone for music streaming and a sat nav. 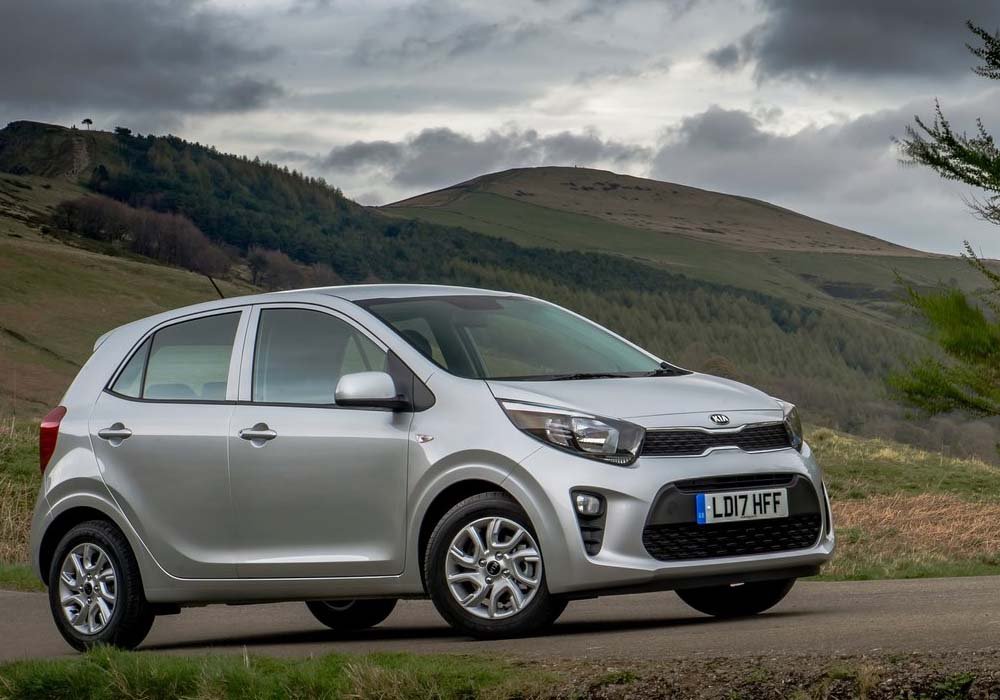 The third generation Picanto arrived last year with a sharpened new image that makes it now arguably the sportiest car on this list. The new model has adopted KIA’s latest grille and style language for a really smart look and there are improvements throughout the vehicle. Up front the driving position is comfortable and offers decent visibility, on the dashboard you’ll find well-proportioned and intelligently positioned switches and dials. The Picanto performs well on practicality too, impressive boot space and storage make this KIA a competent small family car. Choose trim 3 for seriously generous kit like a 7 inch touchscreen, sat nav and a reversing camera.