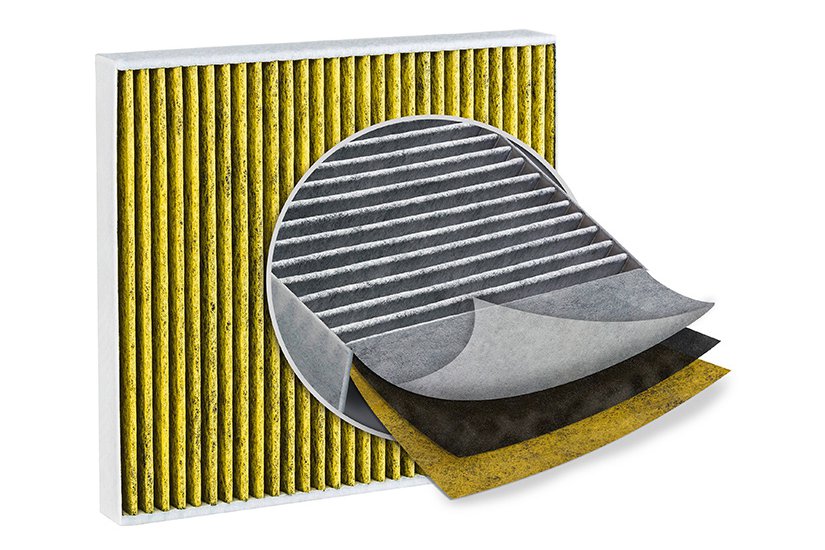 The number of people suffering from allergies continues to rise. In response, Volkswagen has begun to fit all its models with an activated carbon filter. The technology has been available for some time as part of the ‘Air Care Climatronic’ option, which filters out harmful pollutants before they make their way through the ventilation system to the interior.

Pollen, bacteria, fungal spores, particulates and harmful gases increasingly present health issues. While the level of pollution caused by mobility and transport is rightly on the decline, air quality inside our cars plays an important role in our overall health and well-being.

Besides direct health issues, harmful gases in a car interior are dangerous for drivers for other reasons. The lack of fresh air in the interior can quickly make a driver tired and unfocused. In addition, pollen, bacteria and other minute particles can cause allergic reactions, which also represent a risk to road safety.

Sneezing almost certainly involves eye closure and distracts the driver for two to three seconds, during which the ability to react is limited and, as a result, a safe braking distance needs to increase.

One of the greatest advantages of an activated carbon filter for the interior is how effectively it handles harmful nitrogen dioxide (NO2) gas, which belongs to the group of gaseous oxides of nitrogen – also known as nitrogen oxides (NOX) – formed during the combustion process. Nitrogen oxide content is the leading criterion when assessing air quality. The activated carbon layer in the filter system is capable of reducing the NO2 concentration, making for a more pleasant and safer journey.

Volkswagen already offers air conditioning systems for a host of models. For example, the ‘Air Care Climatronic’ air purification system uses an air quality sensor that is more effective than a classic filter, due to the use of activated carbon with an allergen layer. This disables even the tiniest allergens.

When the Air Care function is activated on the air conditioning menu, the incoming fresh air and the proportion of recirculated air inside the car are mixed and cleaned so that the quality of the air remains at a constant high level. In addition, the air quality sensor constantly (every millisecond, to be exact) registers excessive levels of certain pollutants in the outside air and switches to recirculation mode if necessary.

From November production, every globally-manufactured Volkswagen will be equipped with the activated carbon filter with allergen function as standard. This is especially good news for customers who previously purchased a car without Climatronic, which will continue to be available as an option.

The UK’s Most Popular Cars.

With the turn of the new decade, here at Leasing Options, we thought w...

A selection of bite-sized automotive news from the past seven days.

KIA sets up its Special Editions stall for summer

With the summer season in full swing, KIA UK has set up its stall of s...