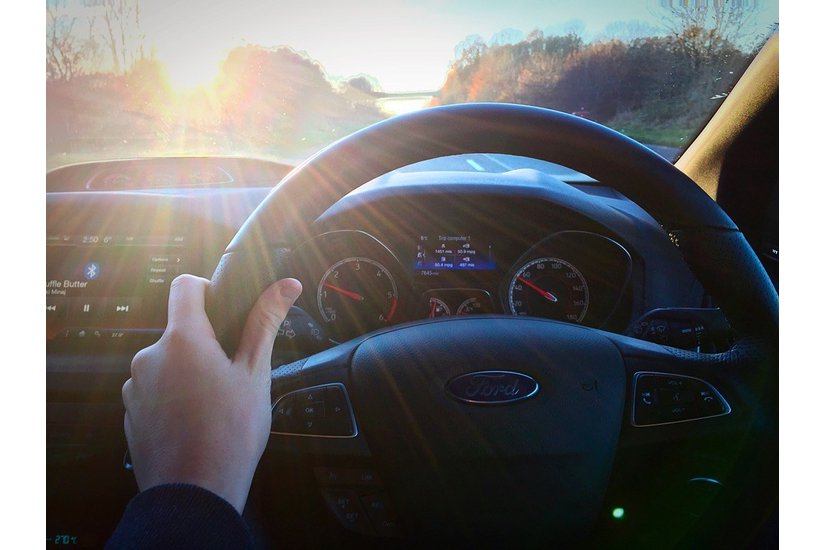 Who would have thought that Ford would produce a diesel performance ST? Well, that’s exactly what they did back in 2015. Having had my Ford Focus for a little over a year now I thought it was time to share my experience so far. 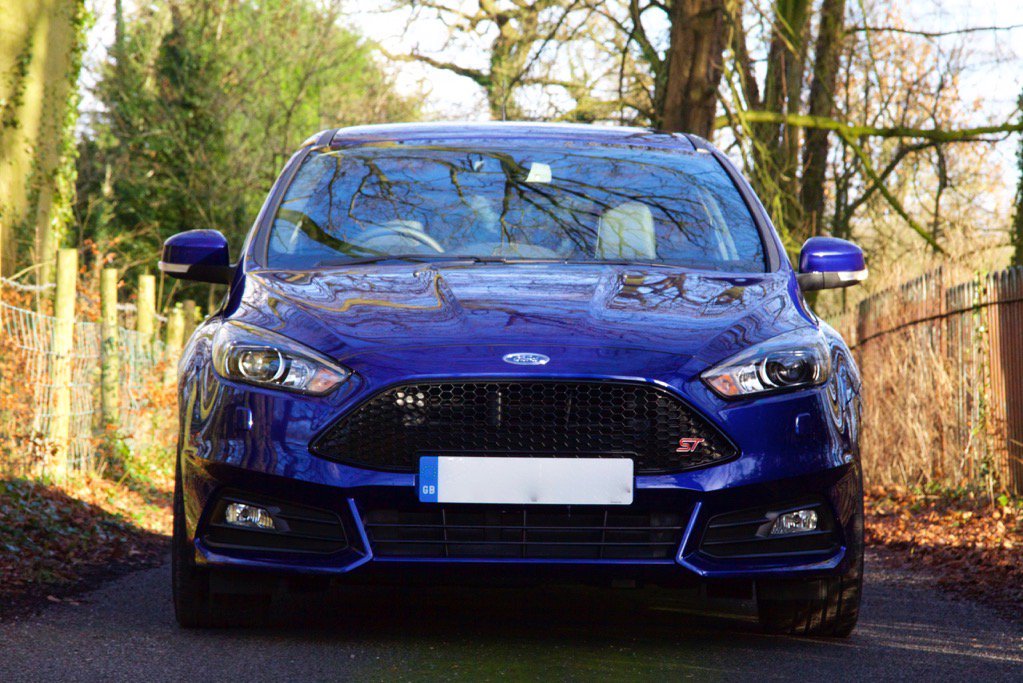 The Ford Focus ST inspires confidence within the driver to have fun and enjoy driving. When you put your foot down on the power, it sounds extremely throaty. I later realized that the engine noise is amplified through the sound system when driver inputs are more aggressive; a clever little trick Ford! However, 0-60 is a respectable 8.1 and the engine is more than happy redlining.

On winding roads, the body roll is minimal, making the experience comfortable.  With it being front wheel drive, flooring the accelerator from stand still will leave a small cloud of tyre dust around the wheels as they struggle to gain traction. On a bumpy or slippery surface (which let’s be honest is most of the time in the UK), the ST swerves under acceleration like a bucking bronco trying to catapult its rider. Needless to say, the Focus needs lots of attention when planting the right foot.

A tradeoff exists as the ride is a little hard, but that is expected in this kind of vehicle. You need to decide; do you want comfort or speed? The steering has plenty of feel and isn’t too heavy when plodding around town. Wind noise and tyre murmurs at motorway speeds are minimal, making the cabin a nice environment to eat the miles. The gearbox is fantastic, extremely crisp with every shift giving a satisfactory cluck. 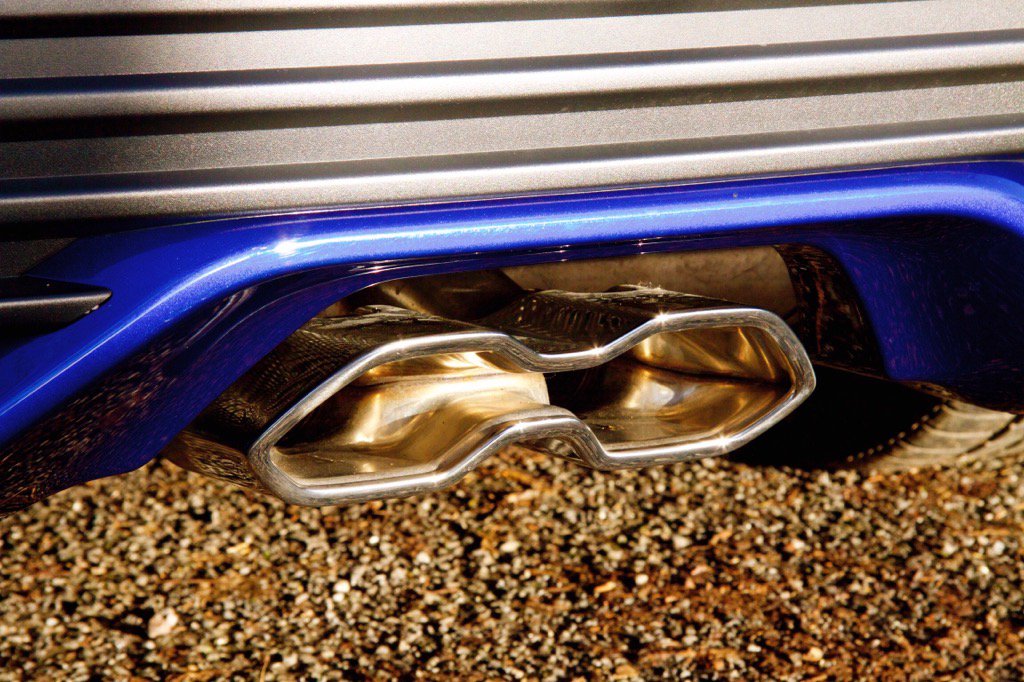 Personally, I think Ford has nailed the exterior design with its masculine body kit combined with the central angular exhaust. One minor setback however, is that you cannot attach a tow bar because of the exhaust. Whilst the Recaro Bucket seats look and feel amazing they significantly reduce rear legroom making it a tight squeeze for two in the back. This combined with the ‘body-hugging’ rear seats makes the middle seat almost impossible to sit in for long periods if you're an adult.

The sat-nav interface is brand new to Ford, a handy feature is the real-time traffic information which displays congestion. The navigation recalculates routes to find the quickest available and is incredibly simple and easy to use, although the graphics and features are limited compared to its German rivals. Boot space, however, is the biggest disappointment with only 316 litres, considerably less than other hatchback rivals. 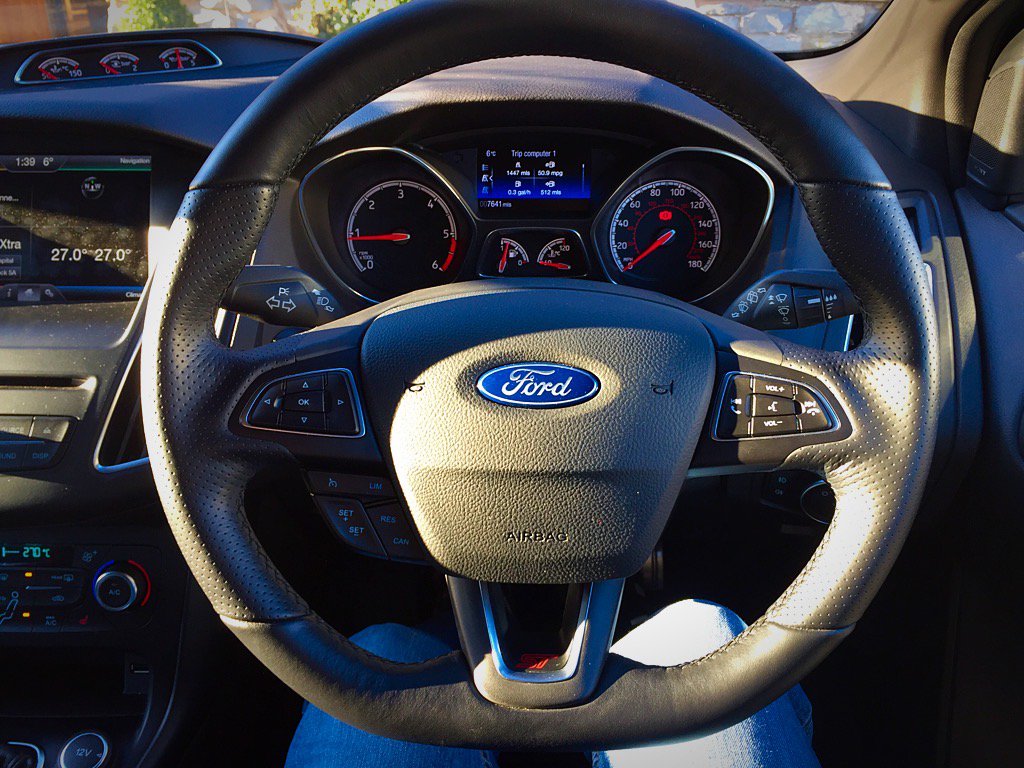 With winter coming and the car finally bedded in, it was time to beat the Ford Focus’s PB. The car had been ranging between the high 40’s and low 50’s, even with a soft touch on the accelerator and little contact with the brakes, I have only reached 56.2MPG on my trip computer. I would usually agree this is very reasonable, but when compared to the claimed average 67.3MPG there is a glaringly big gap. Sadly, in August the average came down to 50.7mpg and 49.3mpg over the whole mileage of the car. Understandably, this car isn’t the easiest to drive economically as the turbo gauges fly up and down enticing you to put your foot on the pedal! 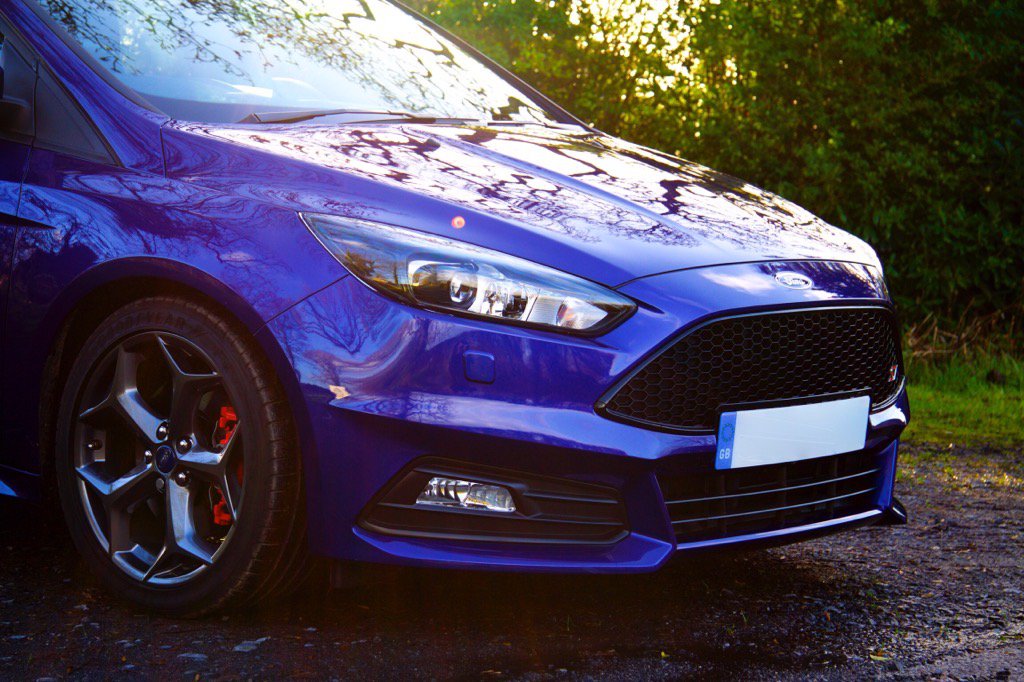 As a top of the range Focus (ST-3), there is almost everything a person and his dog will need from a hatchback in this car. With winter approaching, the heated seats combined with the comfort and support, are heavenly. It would seem that Ford have focused on a slimmer physique for the vehicle’s body, with slick lines and shaping, something that attracted me to the car initially. Another useful feature is the bi-xenon headlights with cornering lights, providing additional illumination in the direction the car is turning, which I found incredibly helpful. The cruise control function and speed limiter are located on the steering wheel and are really easy to use. 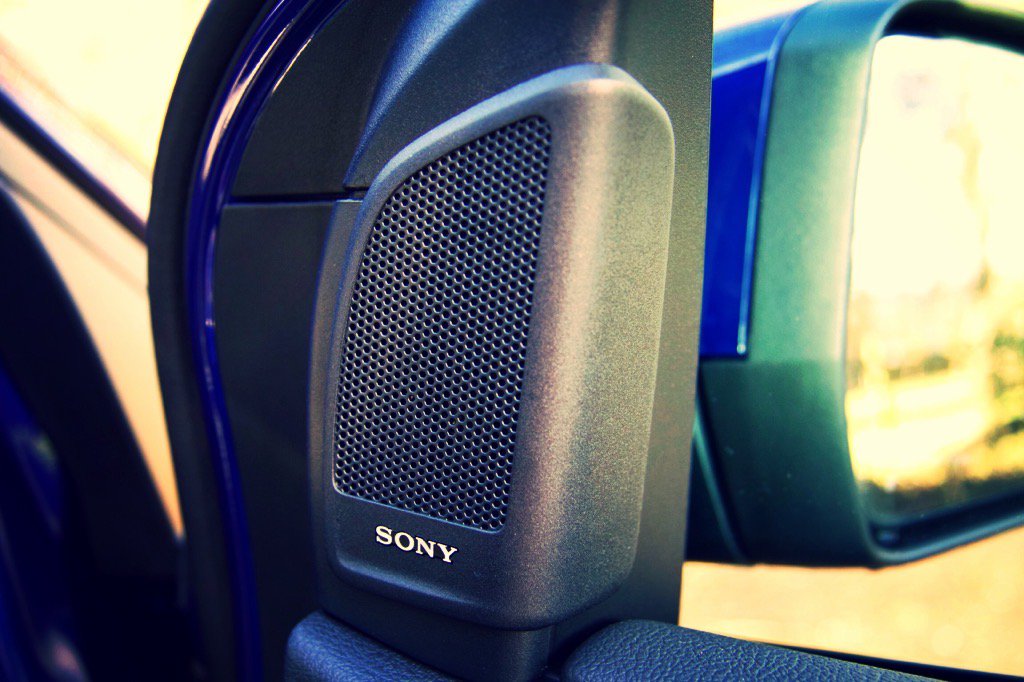 I chose the uprated sound system with 10 speakers. Although it isn’t the highest in its category, neither is the price with a small additional charge of just £125.00, which lets be honest, is a bargain! Personally, I think the sound is superior to the standard stereo, however it doesn’t compare to the premium German systems. Another extra was the rear privacy glass, which I deemed a necessity, and lastly metallic paint; Deep Impact Blue. One option I wish I'd opted for was the reversing camera as reversing out of the small rear window is often challenging.

No, my onboard computer has notified me of a required oil change, but other than that the car has run perfectly and hasn’t cost me a penny.

So what’s the verdict?

There is no question that the elephant in Ford's room is the well documented Golf GTD which has been the dynamic hatchback king since its launch in 1974. So all in all The Ford ST has been a great car however if I could put the power down without having a wrestling competition with the steering wheel then the car would be a great hot hatch.