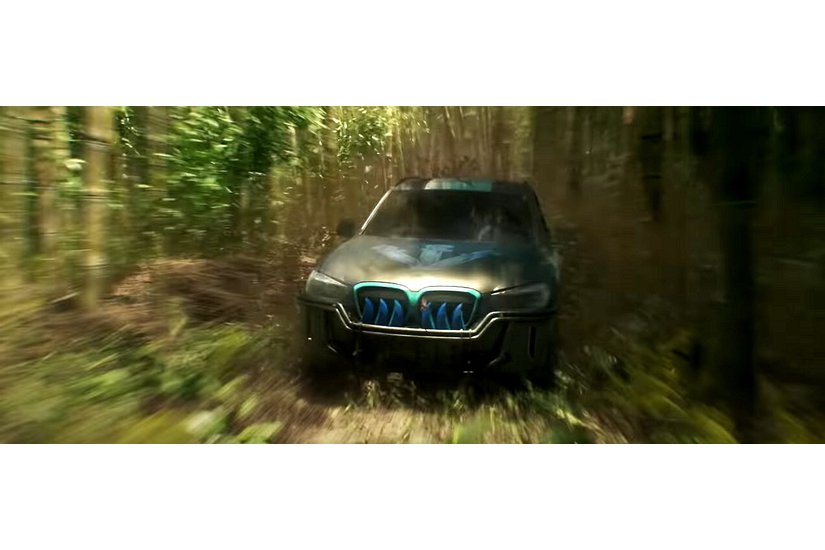 What are the cars in Shang-Chi?

We’ve just had the latest instalment from the Marvel Cinematic Universe and part of Phase 4, Shang-Chi and the Legend of the Ten Rings. The movie is great, and we thoroughly enjoyed it, but this isn’t a review of the movie but the cars in it. Marvel always selects a partnership with a chosen car manufacturer for each superhero’s series of movies such as Lexus in Black Panther, Hyundai in Ant-Man or Audi in Iron Man. For Shang-Chi BMW was the chosen partner to provide the cars for the movie and you get to see some great cars!

Very early into the film you see the first big product placement showcase from BMW with a gorgeous M8 in red. The car is taken for a quick joyride which might seem a bit forced purely to showcase the car but that doesn’t take away from either the car or the movie.

Some observant people will notice the signature BMW seats with the illuminated logo during the driving scene.

Probably the most interesting car in the movie is Razor Fist’s BMW iX3 which almost made us cry when we saw what the henchman captain had done to it. Sat next to the charging point, this is showcasing BMW’s first electric SUV. During some scenes it’s amusing to see the car racing around with the whirring sounds of an electric car. 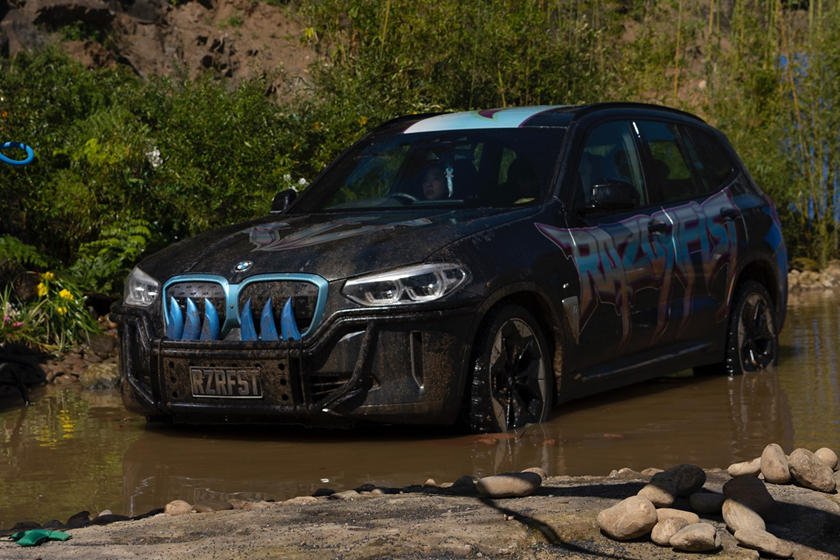 Stripped back from all the ‘pimped up-ness’ is a gorgeous BMW. ‘Razor Fist’ has his name graffitied onto the side and some strange blue teeth onto the front, as well as a personalised plate. Since the graffiti is not in focus for too long you might not even realise that it says ‘Razor Fist’ or that the plate is supposed to say this too. 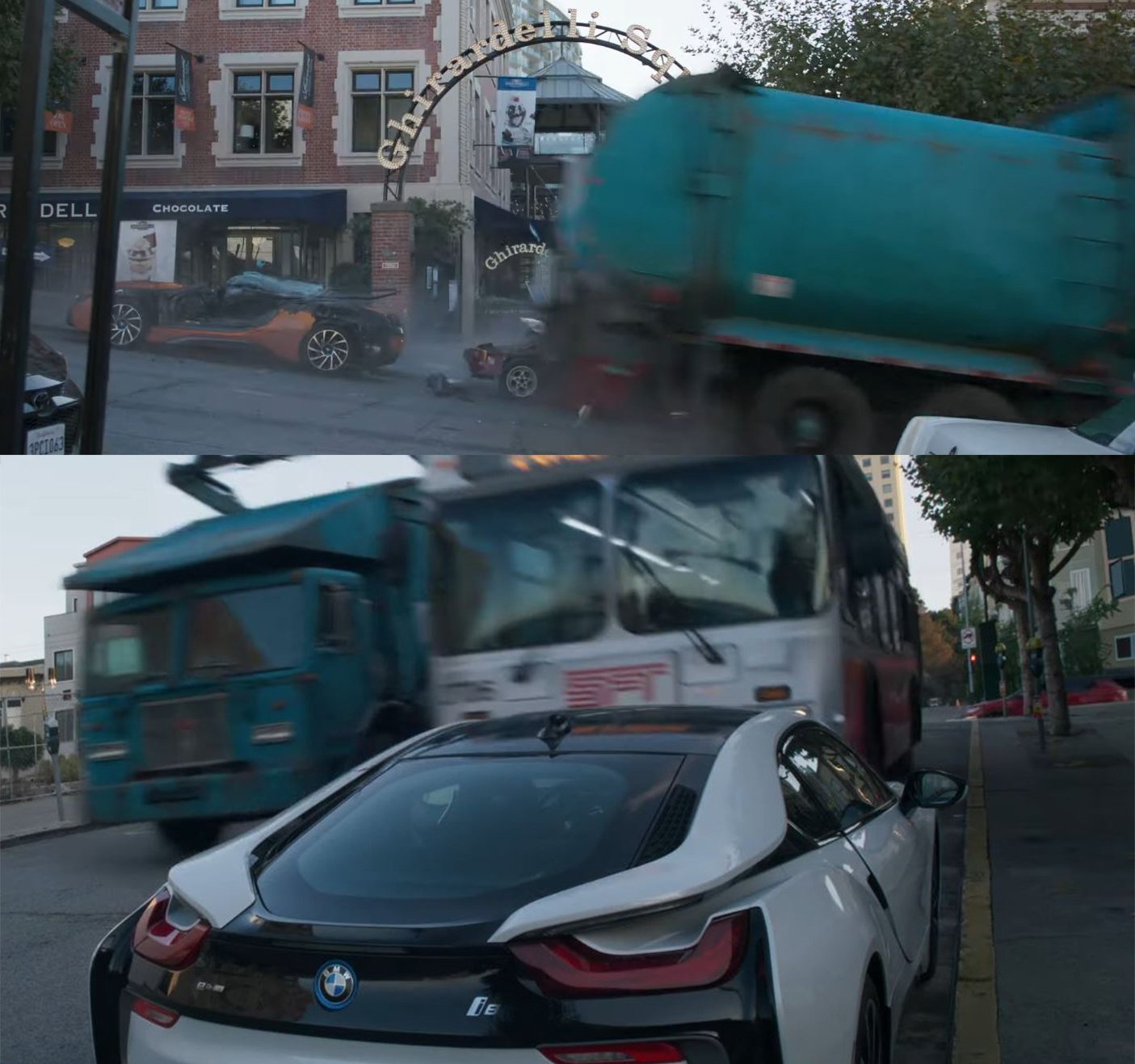 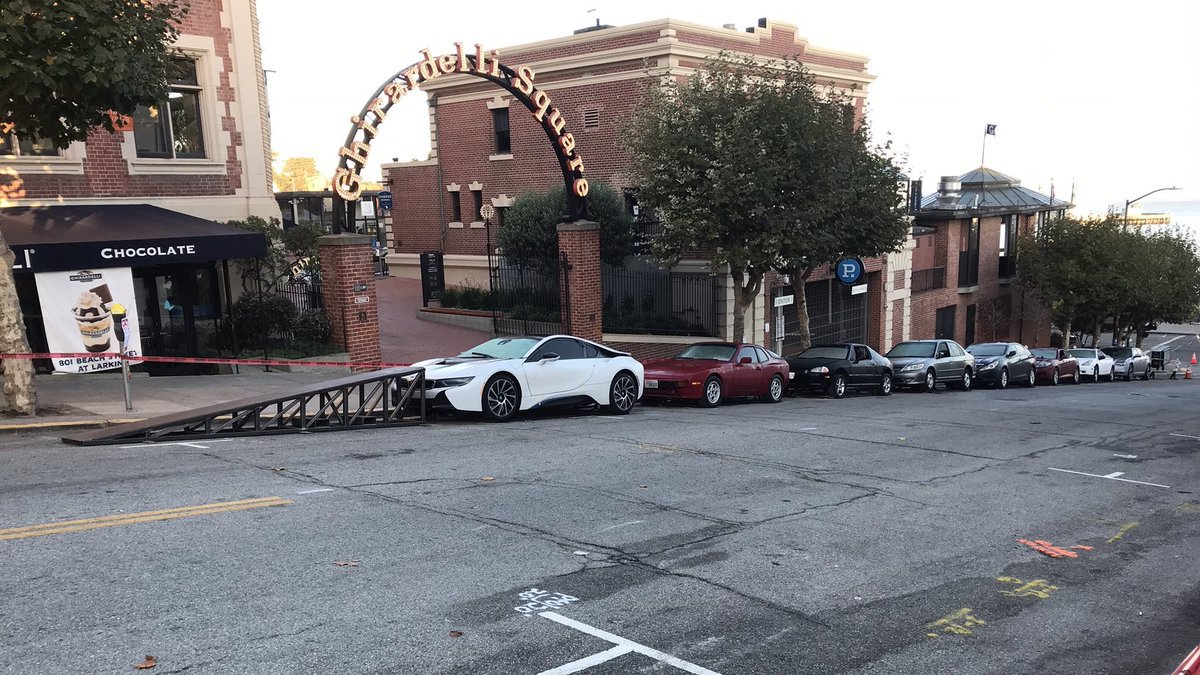 Covered in a few articles there were multiple BMW i8s destroyed during the movie in both orange and white. For a car fan this is very upsetting to see not only one but two BMW i8’s getting ran over by a bus

An interesting nit-pick that some eagle-eyed fans might notice is that the two BMW i8s getting destroyed seems to be in the same place and changes colour.

As per most movies, the baddy’s henchman drives the reliable classic Land Rover Defender. These always seem to be the car of choice for private armies and normally come alongside some armoured vehicles or Mercedes G63s(s). We could soon see this change soon after 007 No Time To Die comes out as we will see the henchman driving the new and improved 2020 Land Rover Defender model rather than the 1990 model. Will this set a precedent for upcoming movies, and will new movies see henchman driving the 2020 model?

Another hidden gem that will go unnoticed by most is the Porsche 944 which would be missed by most, but petrol heads will always spot.

The last one of note which gets a decent amount of focus is a taxi the protagonists get out of in Macao. When they arrive at the scenic “Las Vegas of Asia” they step out of a new Toyota Camry.

With more movies from Marvel and the Marvel Cinematic Universe we’re looking forward to seeing if Audi continues to be the partner in the upcoming ‘Spider-Man No Way Home’ and to see who will be the partner in ‘Eternals’.

What's topping the polls after a bumper summer of leasing?